GlobalTronics S.A.E. is a high-tech enterprise based in Cairo, Egypt. We manufacture and design a wide range of electricity measurement solutions, including both devices and systems. In 1998, we founded the business to fulfill a growing need in the Egyptian market. Now, we’ve claimed a leading position in the field of power meters, covering Digital Meters, Prepaid Meters, and Smart Grid Solutions, in addition to Meters Management System (MMS) and Power Selling Management System.

Serving a variety of metering needs, our products are custom-tailored to fit the different requirements and demands of the end consumer. GlobalTronics provides the market with the finest collection of power meters, utilizing the latest technologies in the industry and the best worldwide quality of components and techniques. Our proven smart grid solutions have saved our customers an average of 15-20% in electricity consumption. GlobalTronics’ latest addition to the business is the employment of renewable energy. We aim to supply the region, one already rich in nature, with stable, reliable, and inexhaustible sources of energy.

The urgency to substitute the currently conventional fuels with natural resources has emerged recently to address worldwide concerns regarding the eventual depletion of oil. Providing an inexhaustible environmentally friendly energy supply is the new target destination.

By 2020, Egypt is expected to satisfy 20% of energy demand by the utilization of natural renewable resources alone.Capitalizing on its unique market position, GlobalTronics has embarked on the renewable energy market full-force. Owing to the significantly growing demand of energy and the alarming shortage of traditional fuels, we strive to expand the application of inexhaustible resources energy production in Egypt, employing, first, its rich natural assets and, then, our collective expertise. We are open for partnerships with world-class suppliers, both in the financial and technical regard, pledging to dedicateour manufacturing proficiency and project management experience to the same target: clean, sustainable, and cost-effective power generation. 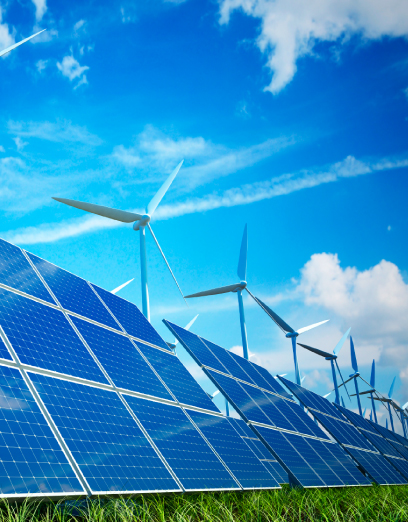 Since its establishment, GlobalTronics has held a value idea that advocates fidelity and trust. We believe that the human factor is the essence of every success and as such our work aims at enhancing the everyday life, business, and future endeavors of every individual. We operate a people-centered trustworthy business that employs human dedication and expertise along with the most advanced technologies to deliver excellence. Our goal is common development, and a success that goes hand in hand with guaranteed quality.

In 2004, another introduction was made. GlobalTronics supplied the market with the first prepaid meter. The new meter saved up to 18% energy compared the legacy mechanical meter.

In 2012, GlobalTronics’ prepaid metering solution was the only candidate to fit the requirements of the Egyptian Electricity Holding Company and was thus widely adopted to combat the growing energy crisis in Egypt.

In 2013, GlobalTronics was chosen to make the list of the “Egyptian Tigers,” being the sole meter manufacturer in the top 100 Egyptian companies.

In 2014, GlobalTronics launched its flagship GPRS PrePaid Smart Meter. The first showcase was held in Cairo ICT Exhibition in partnership with Vodafone Egypt. Today, our customers can access their Smart Meter data through any cellphone connected to Vodafone, allowing them a greater unperceived control over their electricity consumption.